ITS EFFECTS AND SOLUTIONS

Human trafficking involves recruitment, harbouring or transporting people into a situation of exploitation through the use of violence, deception or coercion and forced to work against their will.  Human traffickers are different from smugglers, even though it could equally be attributed as one of the forms of trafficking, because sometimes its result is unfavourable. Smugglers collect money from those concerned and smuggle them across borders, once they are crossed, they are free, while human trafficking is basically exploitation of people. In human trafficking, the victims operate both internally and externally. It is a global phenomenon. What this means is that it can be happening around you, in your village or community, state or country. This is one of the worst evils happening to humanity, it is man’s inhumanity to man. Even though efforts are being made to eradicate it, but the efforts need to be increased. This work therefore joins many other voices in the world to bring to the awareness of Nigerian youths precisely that this evil is going on everyday and its implications are not what wishing an enemy. This paper has discovered that the victimization of poor and vulnerable masses has excluded them from the human race and commodified them like animals and vegetables in the market. The right and access to justice has no significant meaning and worth for them. The paper therefore calls for vigilance and solicit for the help of everyone to assist the world in eliminating this evil. 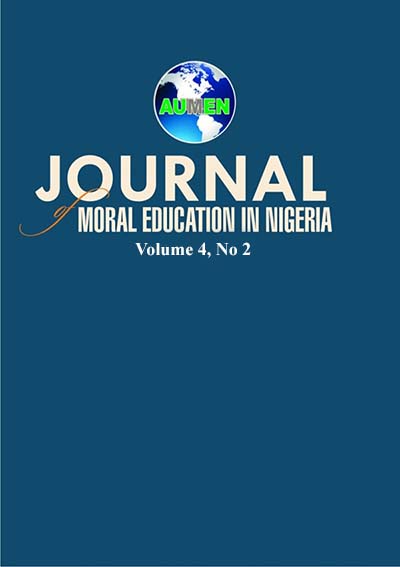